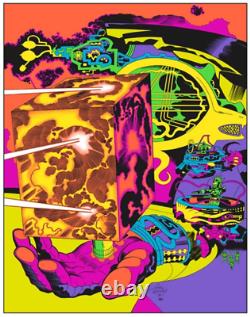 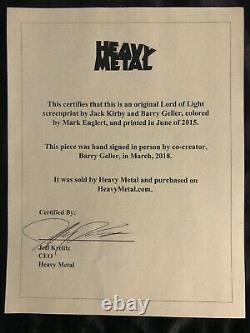 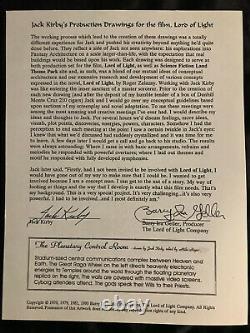 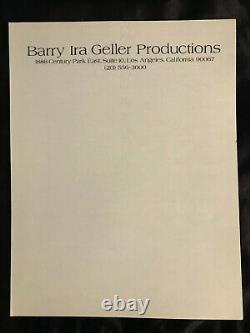 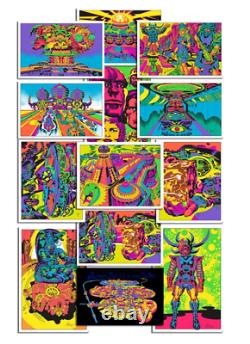 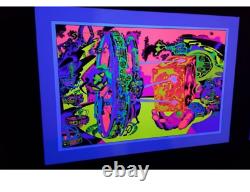 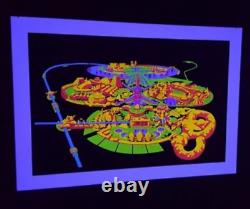 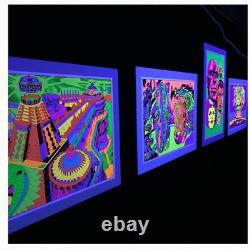 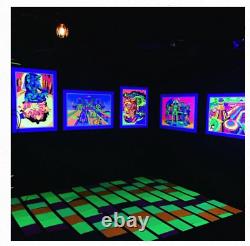 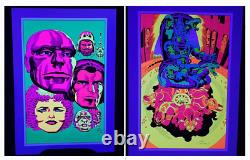 Hand of Shiva - Planetary Control Room 1 (Right Half) - Stadium-sized central communications complex between Heaven and Earth. The Great Raga Wheel on the left directs heavenly electronic energies to Temples around the world through the floating planetary replica on the right. The walls are covered with massive video screens.

The gods speak their Wills to their Priests. Where did these divine works of art come from? The Lord of Light Art Series was envisioned and designed by Barry Ira Geller and legendary comic book creator, Jack Kirby, based upon Gellers screenplay. Each rendering was drawn with incendiary brilliance by Jack and inked with devastating intensity by Mike Royer.

According to Mike Royer This is the best work Jack ever did. Considered to be the best examples of Kirby's non-comic art, each Kirby architectural masterpiece was created both as a film set design and theme park illustration as part of a massive project by master Barry Ira Geller. The print above entitled "Hand of Shiva - Planetary Control Room 1 (Right Half)" measures 24" x 30" from an extremely limited edition series. This exclusive print has been signed by Barry Ira Geller and will come with a Certificate of Authenticity (COA) from Barry Ira Geller Productions with a unique write up on each piece as well as a COA from Heavy Metal CEO certifying the signature (see photos). Per the producer, Barry Ira Geller: The working process which lead to the creation of these drawings was a totally different experience for Jack and pushed his creativity beyond anything he'd quite done before.

They reflect a side of Jack not seen anywhere: his explorations into Fantasy Architecture on a scale larger-than-life, with the expectation that real building would be based upon his work. Id gifted Jack and Mike Royer (Jacks master inker) with huge books about the Art of India. I wanted to take Jack'out of the box' knowing his normal state was already extraterrestrial compared to most artists -- and push him into new holographic visions, much the same way his 1962 Galactus art was heroically new at that time. I wanted the new, the original, the Future.

I started with Jack Kirby, in the summer of 1977. It was funny; after hiring some artists to'do stuff like Kirby' and never being satisfied I got the idea of just calling Jack himself. When we met and continued working throughout the next year it was pure and intense magic, nothing less. Most of the artwork was based upon scenes from my screenplay and adaptation of the novel. But some of our discussions got so intense that several scenes of the Lord of Light script itself were rewritten accordingly. Usually, I came to Jack with my concepts and plan, whether from my screenplay, or Rogers book. Each drawing was designed to serve as both production set for the film, Lord of Light, as well as Science Fiction Land Theme Park site and, as such, was a blend of our mutual ideas of conceptual architecture and our extensive research and development of various concepts expressed in the novel, Lord of Light, by Roger Zelazny. Working with Jack Kirby was like entering the inner sanctum of a master sorcerer. Prior to the creation of each new drawing Jack and I would go over my conceptual guidelines based upon section of my screenplay and novel adaptation. For several hours we'd discuss feelings, more ideas, visuals, plot points, discoveries, energies, powers, characters.

Somehow I had the perception to end each meeting at the point I saw a certain twinkle in Jack's eyes: I knew that what we'd discussed had suddenly crystallized and it was time for me to leave. A few days later I would get a call and go back to his studio. The results were always astounding: Where I came in with basic arrangements, refrains and melodies he responded with powerful overtures; where I laid out themes and motif he responded with fully developed symphonies. Each print portrays the same panoramic, roving birds-eye view style Jack was famous for, ranging from the power of Captain America and Fantastic Four, to the majesty of Thor, the Eternals and the New Gods. As if that wasn't enough to make want to own one....

The art also has connections to a covert CIA operation! Talk about a conversation piece! That's correct, these pieces by Geller & Kirby, over 40 years old but still mostly unseen before now, are part of American history as they were the artwork used by the CIA for OPERATION: ARGO, which helped free American embassy workers during the Iranian coup in 1979. After the original movie and theme park project eventually fell apart, a participate of the project who still had copies of the script and concept designs was called on by CIA to help exfiltrate six American diplomats hiding out in Tehra. A fake production company, with offices set up in Hollywood, and permission to film scenes in Iran was obtained, all as a ruse where CIA planned to get the six Americans out by claiming they were part of a Canadian film crew scouting locations for a Lord of Light film, renamed Argo for the covert operation.

The film story, a tale of Hindu-inspired mystical science fiction, took place on a colonized planet. Iran's landscape could provide many of the rugged settings required by the script. A famous underground bazaar in Tehran even matched one of the necessary locations. The gambit worked and the six hostages were brought back to the U. Though the CIA operation that rescued them remained classified for another 17 years! The incident inspired the real-life film Argo, which recently won an Academy Award for Best Picture. But the art that was essential in convincing the Iranian officials this was a real project all but disappeared until now! The first photo shown is the actually print of " Hand of Shiva - Planetary Control Room 1 (Right Half) " and other photos are examples of what prints look like under blacklight and some of the other limited prints available from this super series of images from Jack "The King" Kirby! The greatest cosmic creator who's finally getting the recognition he deserves with characters like the Eternals and Celestials showing up on the big screen! See my other Lord of Light prints in store. See my Store: Pawnshop Ghosts. And be sure to also check out: PAWNSHOP-GHOSTS'DOT' COM Please enjoy looking at all the photos for details of existing condition. YOU WILL RECEIVE THE EXACT ITEM PICTURED SO PLEASE LOOK CLOSELY AT ALL THE PROVIDED PICTURES.

Thanks for looking and feel free to ask if you have any questions. The item "Hand of Shiva LORD OF LIGHT Blacklight Print Jack Kirby / Barry Geller SIGNED" is in sale since Wednesday, March 11, 2020. This item is in the category "Collectibles\Comics\Posters". The seller is "know_thyself" and is located in Deltona, Florida.