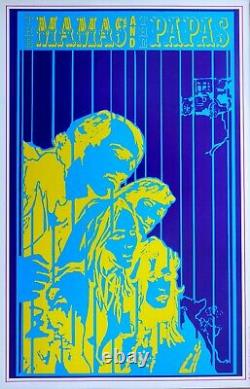 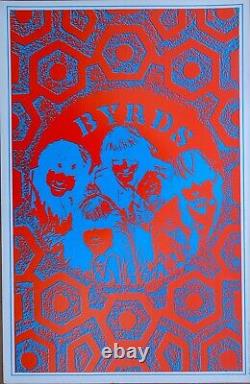 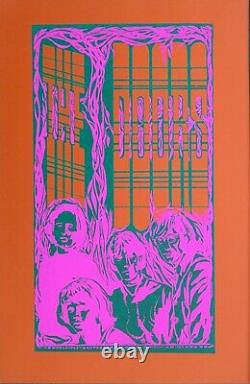 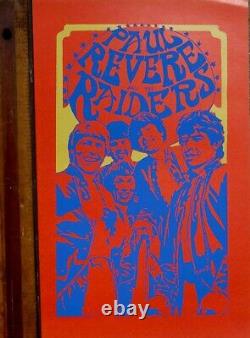 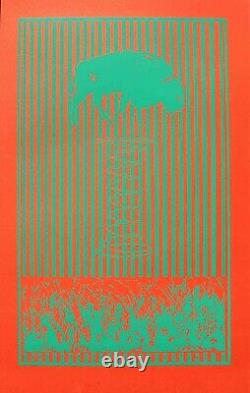 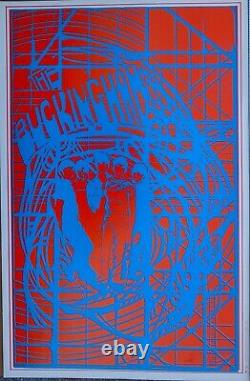 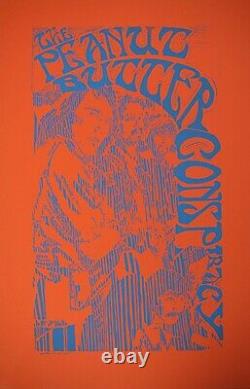 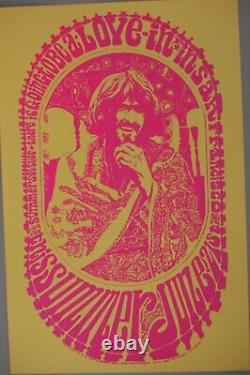 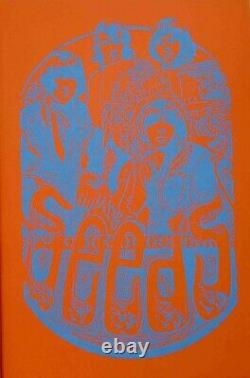 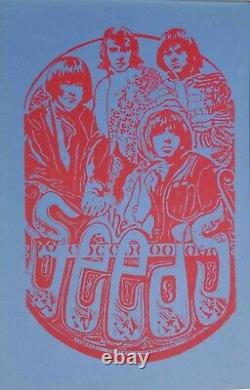 "Paul Revere & The Raiders". Published by Esoteric Posters 1967. See Our Many Other Drug & Rock Poster Listings.

From the Original Publishers Collection. 100% Original Poster from 1967. Small Number of these Left. Please Look at Our Other Posters.

Wendell designed these in 1967 and they were printed that year under Wendells supervision at different small printing shops, fly-by-night serigraphers and some of them were even hand-pulled by Wendell and some of his students. That is why the printing legend in the margin may say Esoteric, Gawdawful Graphics, or Wendell Ltd. On our different Esoteric Posters. Most of our posters were printed in two colors, others three with some tiny runs in alternative combinations.

He was a World War II veteran who had served in the Merchant Marine and later worked in the book and magazine business. As a young officer during the war, Morseburg was on the Murmansk Run to the Soviet Union and other perilous wartime voyages through the submarine-infested North Atlantic. It was one of Morseburgs friends from this time, a young skipper named Jim Greenberg, who was to introduce him to the art business. After the war, this friend became a ships captain on the Atlantic route, and began importing paintings by European artists to the United States.

In Europe, which was still suffering from the economic aftereffects of the war, there was no appreciable market for these artists work. In addition to the European paintings he received, Morseburg began representing young American artists. He also became involved in the West Coast printmaking movement. In the late 1950s and early 1960s he started to represent young artists like Wayne Thiebaud, Elton Bennett and Mel Ramos, who created their own hand-pulled prints. It was this interest in printmaking that helped lead to his next venture.

About 1960, Morseburg became interested in creating humorous and satirical posters. At this time, the beatnik movement was in full swing and coffeehouses and jazz clubs were full of beatniks spouting free-form poetry to the beat of bongo drums. To Morseburg, the beatnik movement found in Greenwich Village, Seattle, San Francisco and the East Bay was ripe for satire. He met a talented young Disney artist and Imagineer named Roland Crump at a gift shop in the San Fernando Valley, just north of Los Angeles.

Crump was a brilliant and eccentric young artist and designer who became one of the most important Disney Imagineers. Crump was already producing some hand-pulled beatnik posters before he met Morseburg, but once the association began, Morseburg had larger quantities of some of the posters published using the photo-offset process. Crump designed a series of images that satirized the drug culture that was developing among the Beats, which Morseburg took on the road, traveling down the coast from Seattle to San Diego.

In that era, drug use was not widespread and they were chiefly popular with musicians and beatnik hipsters. So, Esoteric Posters first releases were Smoke Marijuana, Fly High, Fly Heroin Airlines Cocaine and Opium.

The next posters were The Green Gasser, which poked fun at a Beatnik club, and Big Liz, which was a colorful poster of a Beatnik princess. In the course of his frequent sales trips to visit art galleries, Morseburg personally distributed Esoterics posters. His primary outlets for the posters were the bookstores along the west coast that catered to college students in Berkeley, Stanford, Portland, Seattle, San Francisco and San Diego. Morseburg has long felt that his early designs, which were displayed in venues popular with artistic young people, influenced other artists and contributed to the creativity that was seen in the poster designs of the psychedelic movement later in the 1960s.

The next series of Esoterics posters were political in nature and reflected Morseburgs firmly held belief in freedom and human rights. As a young man, Morseburg was one of the few Americans to visit the Soviet Union during the Second World War. As a young officer, Morseburg met a Polish survivor of Stalins gulags and a female translator who predicted that she would be sent to a Gulag or executed because her liaison work with the British and Americans had exposed her to western ideas.

He lost any false illusions he may have had about the benefits of the Soviet system. Serving in Europe and meeting those who survived the Nazi regime turned Morseburg into an opponent of all totalitarian systems that denied freedom to their citizens. These experiences gave Morseburg and Roland Crump the impetus to begin a series of posters satirizing life in the Soviet Union and Castros adoption of Soviet methods in post-revolutionary Cuba. It was a matter of free speech for me, but not for thee. The sixties were a time of excess and radicalism and no place embodied the sixties ethos more than Berkley.

However sadly, the Berkeley Bookstore complied with Salvios censorship request and discontinued the sale of Esoterics Posters, much to the dismay of a faction of students. The gallerys initial Los Angeles location was in the old Westlake Park neighborhood, just one block from the venerable Chouinard Art School and a few blocks from the Otis Art Institute. These were the major art schools in Los Angeles, and the young art students such as the future psychedelic start Rick Griffin often came by the gallery to look at the work of established artists. Esoterics Rock & Roll and Psychedelic Posters. As the sixties gathered steam, Morseburg began to collaborate with Robert Wendell, a talented young graphic artist and poster designer.

Wendell was a gifted printmaker, and in 1967 he designed several posters and updated some of Crumps earlier designs. Some of these later posters were published by Esoteric Poster Company and printed using the silkscreen process, hence the names Saladin Gawdawful Graphics or Blue Light Press that often appeared on the individual posters with the Esoteric name.

During the 1960s, one of Howard Morseburgs gallery accounts was the Moore Gallery on Sutter Street in San Francisco. The famous Joint Show was held at the Moore Gallery in July of 1967. The Joint Show was a group exhibition of work by the five most famous San Francisco poster artists, including Alton Kelley, Stanly Mouse, Victor Moscoso, Rick Griffin and Wes Wilson. Posters, which were eventually stored with his own remaining inventory. Unfortunately, Esoterics psychedelic poster business was not a financial success. The company did not have a highly evolved method of distribution (like Chet Helms Family Dog or Bill Grahams Fillmore). Furthermore, the silkscreen method of printing is a fine arts process, which is slow and costly and does not lend itself to producing large quantities of prints. Esoteric Posters rock and roll and satirical drug posters never received the mainstream distribution or the recognition that they deserved. By 1968, the poster venture was finished and the remaining stock ended up in Morseburgs basement on Wilshire Boulevard. Eventually, Howard Morseburg gave the poster inventory to his three children with the idea that they might eventually find a market for them. In the 1970s, Jeffrey Morseburg carefully packaged all of the remaining posters as he began to realize that there was a collector market for these vestiges of the psychedelic era. It is only now, with the direct access that the web affords, that it has become possible for sellers and collectors to find each other in an inexpensive and efficient way. And so we are pleased to bring to you these rare, original examples of 1960s psychedelic posters. The item "10 Poster SpecialThe Byrds, The Doors, Paul Revere, Rock n' Roll Poster Set" is in sale since Wednesday, October 16, 2019.

This item is in the category "Art\Art Posters". The seller is "midcenturyart2" and is located in Alhambra, California.